Good Wednesday morning, everyone. I’ve undertaken a project to revitalize, revise, and otherwise rejuvenate about 20 books from my backlist to which the rights have reverted back to me. One-by-one, I’ve been getting them up on amazon.com and available once again after a bit of languishing in my publishers’ warehouses. That means I’ve been doing a lot of revising lately…but more about that later. First, here are the links I shared on Twitter and LinkedIn yesterday:

I came across an article that I think might speak to a lot of us in the current publishing world: Why No One Is Paying Attention To You And How to Change It from Positive Writer.

From the Nelson Literary Agency: 5 Qs Authors Don’t Ask but Should When an Agent Offers Rep , which I’m sure will be of interest to anyone currently trying to find an agent.

“Unclear thinking is an enemy of the writer, and it’s most often about being lazy and not fully imagining your story. Write with clarity of purpose, and your writing comes alive.” Read more on BookBaby Blog‘s The Number One Enemy of the Writer.

Beth Daniels shares some thoughts on characterization in Mentally running away with Paul; or Creating Characters your readers love as much as you do on SavvyAuthors

And finally, because I’m sure most (if not all) of us fantasize about having our books made into movies, a guest post from Art Holcomb on Storyfix: What an Actor Wants You to Know About Your Novel 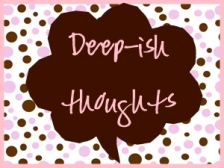 So…like I was saying, I’ve been revising a lot lately, which has helped me clarify some thoughts I’ve had for a long time about revising. First, trust your gut. If you think, even for a second, that something might be too much, too convenient, repetitive, obvious, or anything else, pay attention. It almost certainly is. Second, while using strong verbs is generally a good thing, too much of a good thing can simply be too much. I’ve encountered some deep purple prose in some of my books, all of which is a direct result of me trying to use the strongest verb possible in a sentence. Sometimes it’s okay for a character to just feel

something. He doesn’t always have to be hit over the head with an emotional two-by-four. And third, be true to yourself. The hardest books I’ve had to revise are those where I allowed someone else’s judgment or view of the world to override my own. That doesn’t mean we shouldn’t all listen to input and seriously consider it, but if, after listening and considering, something someone else suggested really doesn’t feel right, stick to your guns.

Sherry Lewis is the award-winning, national bestselling author of more than 30 novels. For more about Sherry, visit www.sherrylewisbooks.com. View all posts by Sherry Lewis